Mandi Layne & The Lost Highway....the beat goes on and on and on with this band. A group of energetic musicians currently calling Michigan their home, however, happily obtaining a second residency in their 15 passenger van. You will likely see them pulling a trailer of gear to their next show somewhere near you.
This band is no stranger to performing in a tiny hole in the wall bar in the sticks nor are they a stranger to performing at a concert for 100,000 fans! They have opened for Country acts such as: Blake Shelton, Sara Evans, Daryl Worley, Colt Ford, Justin Moore, Tracy Lawrence, Craig Morgan, Jennifer Hansen, Billy Currington, Sarah Buxton, Joe Nichols, Scotty McCreery, and many more!! Their drive brings them to all sorts of venues across the region and there is no stopping them.
The band was formed in 2007 when they entered into 98.1 FM's Rising Star competition. The band won the contest 2 years in a row and have moved forward to pursue a serious career in music. This band has had the opportunity to record at Sun Studio in Memphis, TN in 2009 and again in 2013. They released their debut album "Drunk In Love" in 2009 and have had great reviews. In 2013 the band began recording their Sophomore Album "Country 2 The Bone"  which was recorded at Dark Horse Recording in Franklin, TN. and released on June 28, 2014! Both of their albums are full of material that they wrote and also co-wrote with the amazing Greg Stryker. Bo White (Sports Illustrated) says "Mandi Layne & the boys are a fresh face with a country rock style that has you starting out tapping your toes and before long have you dancing, drinking shots and hollerin' like a young & almost skeletal Johnny Cash doing white crosses and black bennies and staying up days on end to take it all in."
The band has won multiple awards such as Best Country Band, Best Songwriters, Critics Choice & Best Country Female Vocalist by Review Magazine.Over the past few years they have been part of the CMA Festival in Nashville, TN as an Emerging Artist at Fan Fair X. Meeting and greeting country fans from all over the world for 4 days each year is definitely a highlight! With the new album releasing this band is on the move! 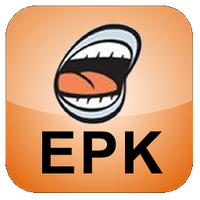 View Mandi Layne and the Lost Highway on Sonic Bids